Skip to main content
You have permission to edit this article.
Edit
News
Editions
Opinion
qboro: Arts
Photos
School News
Classifieds
About Us
Sections
Digital Edition
Page One
Sports
1 of 4 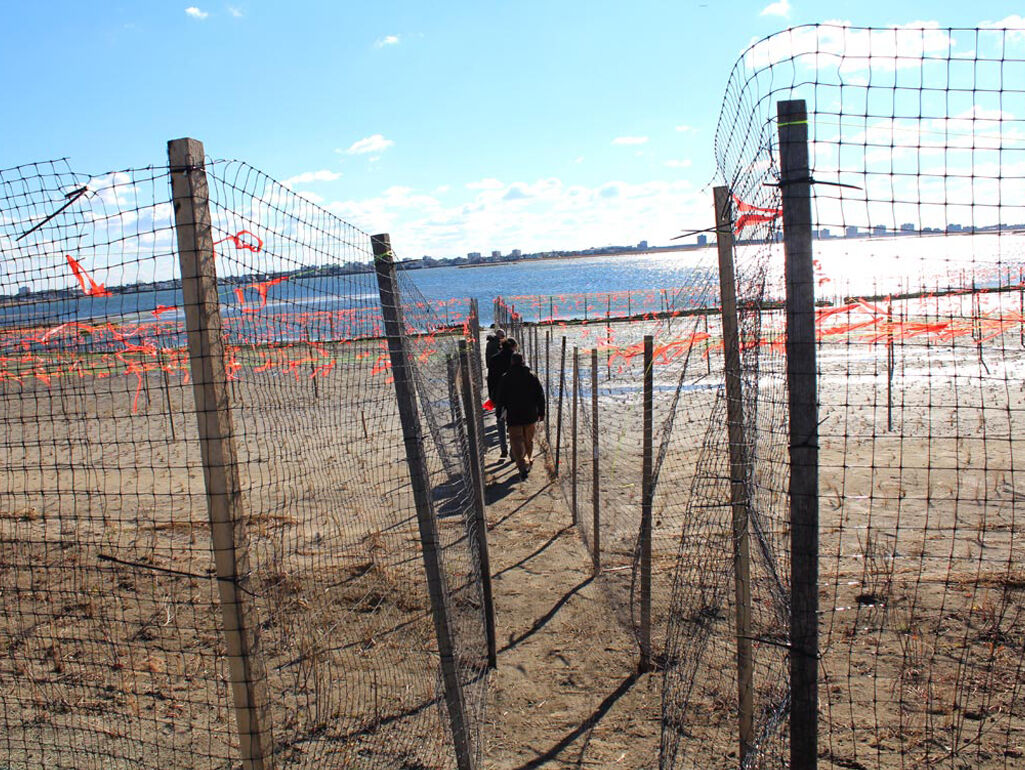 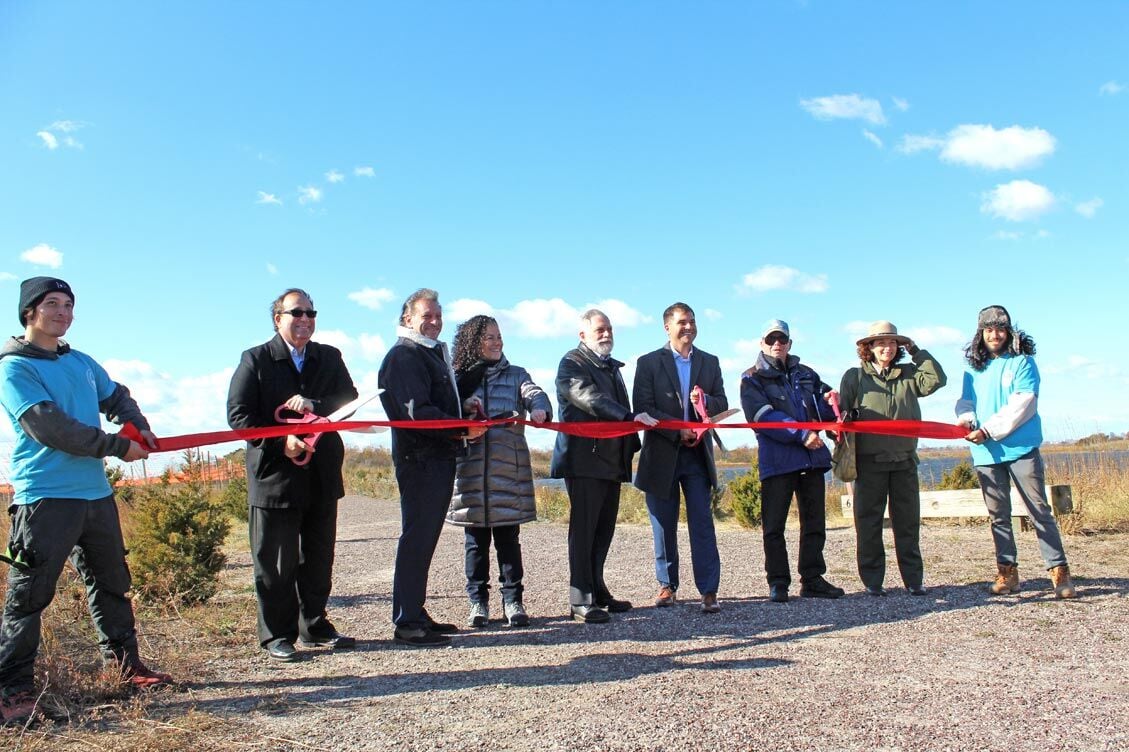 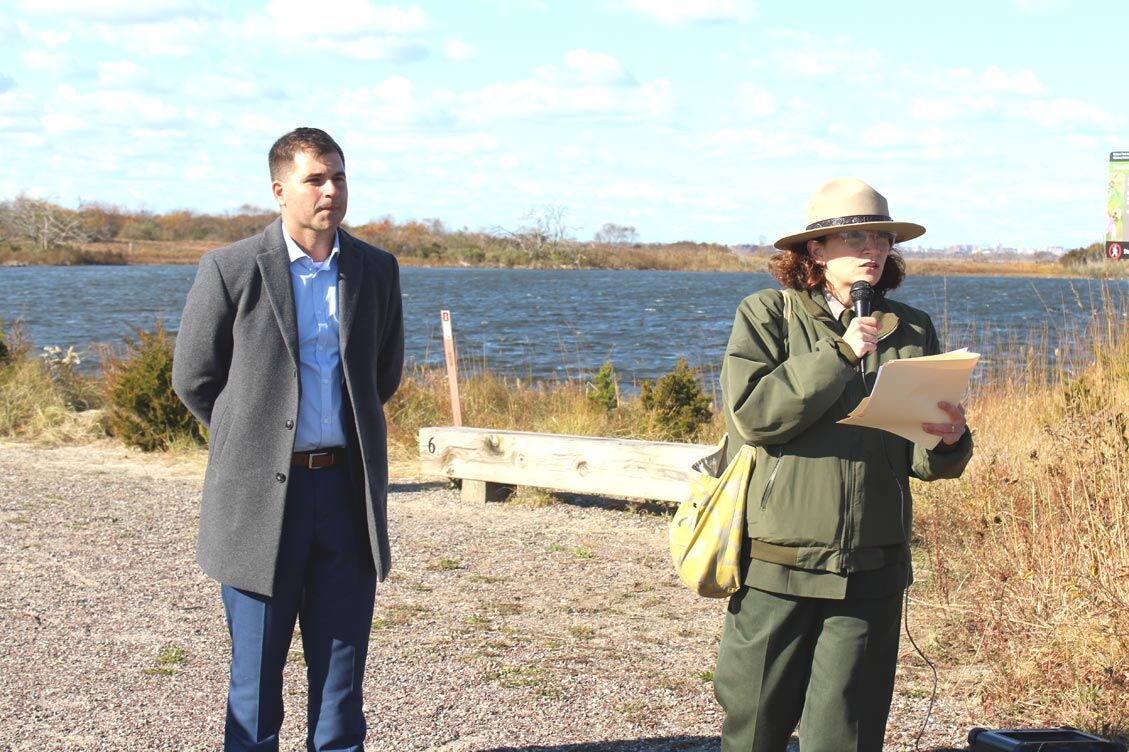 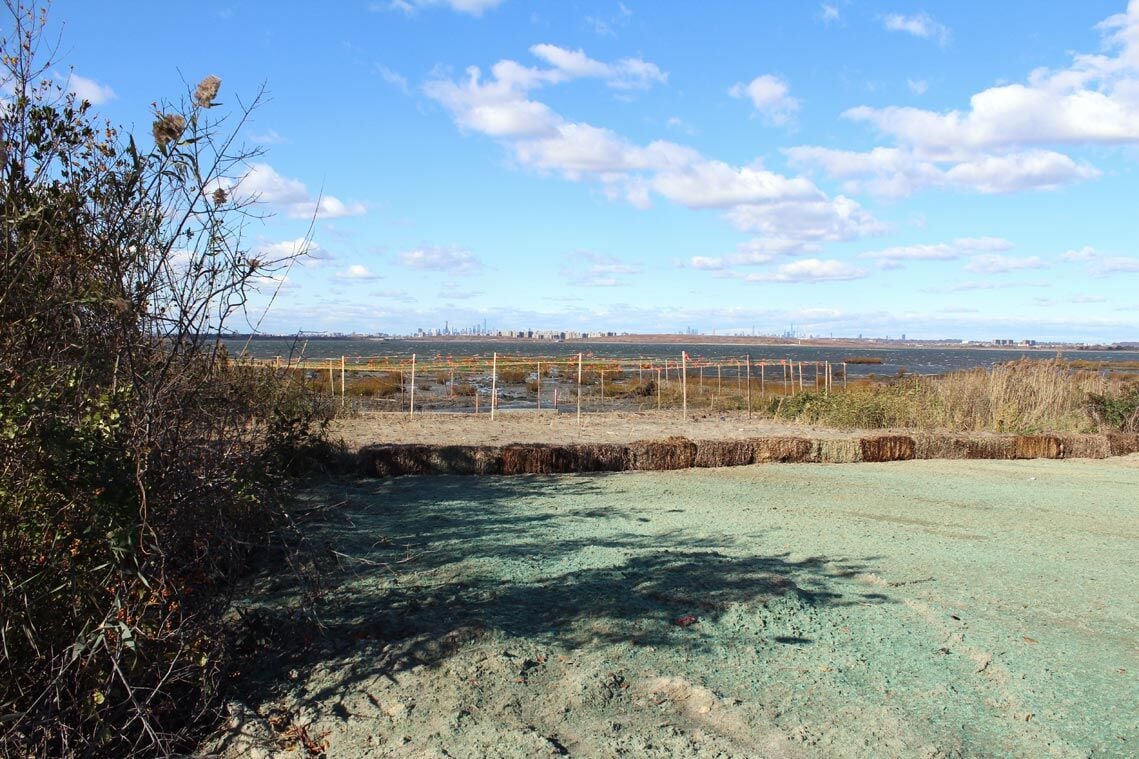 The new outfall pipe is buried beneath the site, right, on the north side of West Pond.

The new outfall pipe is buried beneath the site, right, on the north side of West Pond.

The West Pond Loop at Jamaica Bay is reopened to the public, boasting nine acres of restored habitat and 200,000 new native plants.

The trail was closed so the West Pond Living Shoreline Restoration Project could be completed and a ceremony on Friday marked the reopening.

“It’s been quite the journey to get here since Hurricane Sandy breached the pond just over nine years ago,” said Jennifer Nersesian, superintendent of Gateway National Recreation Area.

Superstorm Sandy caused a breach on the border of the manmade West Pond, allowing saltwater to flow in and contaminate the previously freshwater basin, killing wildlife and vegetation.

The National Park Service repaired the land in 2017 but erosion continued.

The NPS, in partnership with the Jamaica Bay-Rockaway Parks Conservancy, a project of the Fund for the City of New York, announced the project in June, with the goal of finishing after the hurricane season and with a price tag of just under $4 million.

Volunteers at Governor’s Island compiled 5,000 biodegradable bags of oyster shells, collected from New York City restaurants through the Billion Oyster Project, which act as a breakwater. A hundred recycled Christmas trees were gathered from the residents of Rockaway to also stabilize the shoreline, and 15 coconut fiber coir logs prevent erosion.

Volunteers planted 6,000 native grasses and shrubs, contributing to the 200,000 that will border the West Pond Loop.

Turquoise hydroseed, a slurry of seed, fertilizer and mulch, was sprinkled along the trail and will bring more native grasses over time and help with erosion.

The “living shoreline” will serve as an important habitat for horseshoe crabs, diamondback terrapins and, of course, the birds.

“They land here to feed and nest as they fly north and south. This is a pond that we want to protect,” he said.

“Now, this freshwater pond is thriving once again.”

Having a freshwater source makes Jamaica Bay unique and beloved by birders because it attracts a wider variety of birds than the saltwater estuary would alone.

More birds should also be attracted to the freshwater pond because of a new outfall pipe buried below the site, which helps control water levels and create mudflats, deposits of mud and sediment that provide little beaches for the birds to land on when they are exposed from low tide. They are home to marine life and a breeding ground for fish, too. They also help protect the land from erosion because they act as a barrier to waves. But they are in danger due to coastal development and climate change.

Nersesian said that the freshwater ecosystem adds value to the refuge as only 10 percent of its once-prevalent freshwater remains today.

She said the project symbolizes even more than a comeback from Hurricane Sandy.

“It shows that rather than trying to fight nature, we are learning to embrace it, to build resilience by working within our natural systems, seeing the value that our salt marshes and shoreline habitats play in wave attenuation and flood absorption, and understanding that investments in natural systems for protection purposes are replete with so many other benefits to the environment, biodiversity, clean water and the richness that all of this brings to our lives,” said Nersesian.

The Jamaica Bay Ecowatchers were instrumental in advocating for the site, as were the American Littoral Society and NYC Audubon.

“Erosion on any level is not good,” he said. “It’s also very good to protect against the erosion of having faith in government and working together with people,” he added, saying the way all the pieces of the puzzle came together to get the project completed is how the government should work.

But the future of the bay and the ecosystems within it are not guaranteed.

“What we need to do ... is recommit ourselves to always preserving Jamaica Bay,” said Assemblywoman Stacey Pheffer Amato (D-Rockaway Park).

She took the opportunity to plug her and Addabbo’s bill to increase the standard of materials put in borrow pits in the bay and prevent contaminated materials from being dumped in them.

Although the bill passed the Assembly and Senate, former Gov. Cuomo vetoed it three times. Now, it could have a chance with the new administration under Gov. Hochul.

Nersesian also noted further threats to the survival of the bay and said the voices of the community, partners and local elected officials are key to forestalling them.

“With that kind of support we were able to repair the breach — knowing that with climate change and sea level rise it might not last forever, but that for the millions of people it would serve in the interim, it was worth the investment,” she said.

Zablocki noted that the shoreline and breakwater structures survived Tropical Storm Henri and the remnants of Hurricane Ida.

“This project has already survived, I think, two hurricanes so it already shows how resilient it is, so it’s working and we hope to see much more success out of the project through plant growth over the next two years,” he said.

The Science and Resilience Institute at Jamaica Bay will continue to monitor the project for effectiveness and see how it adapts to weather and climate change.