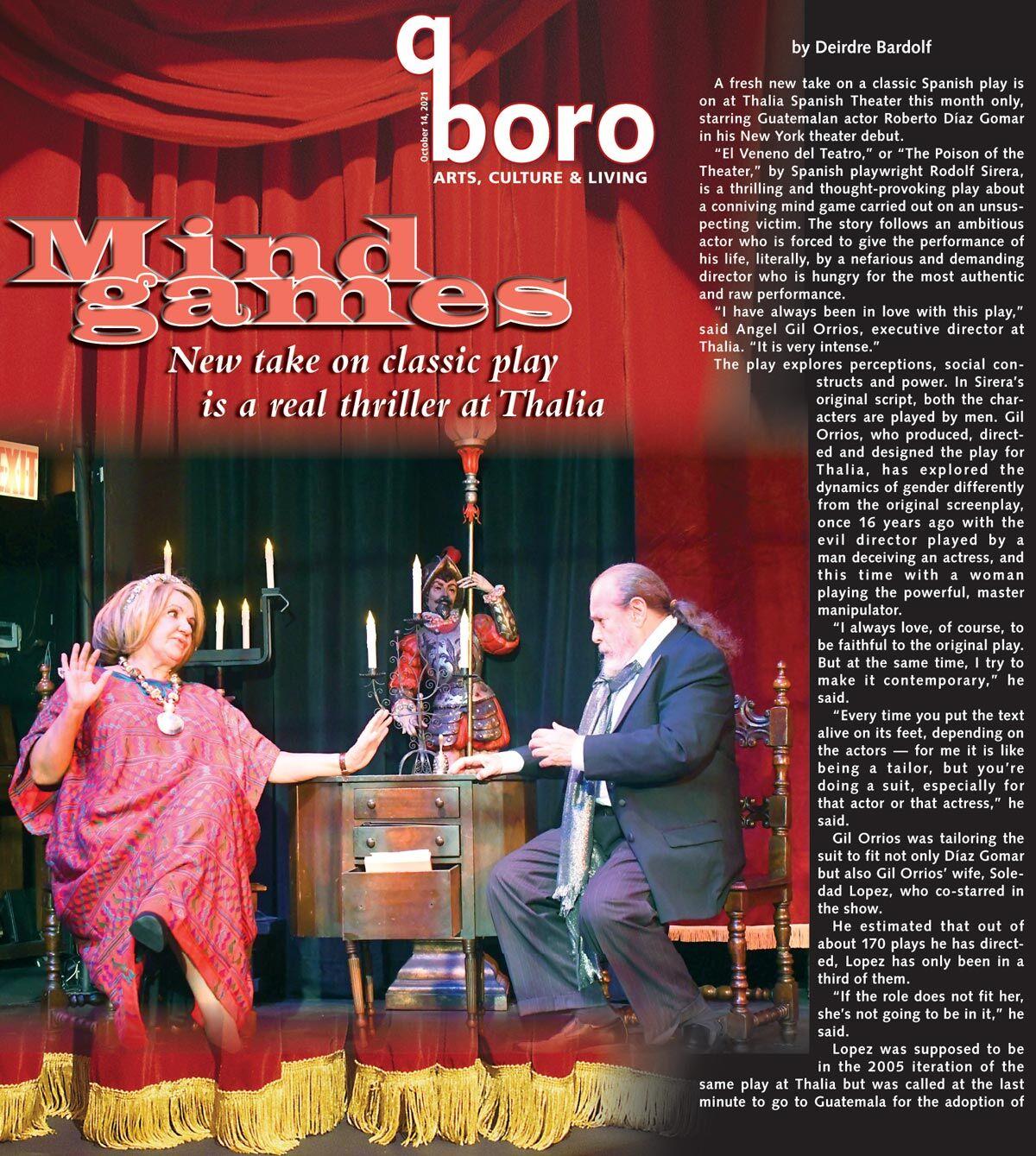 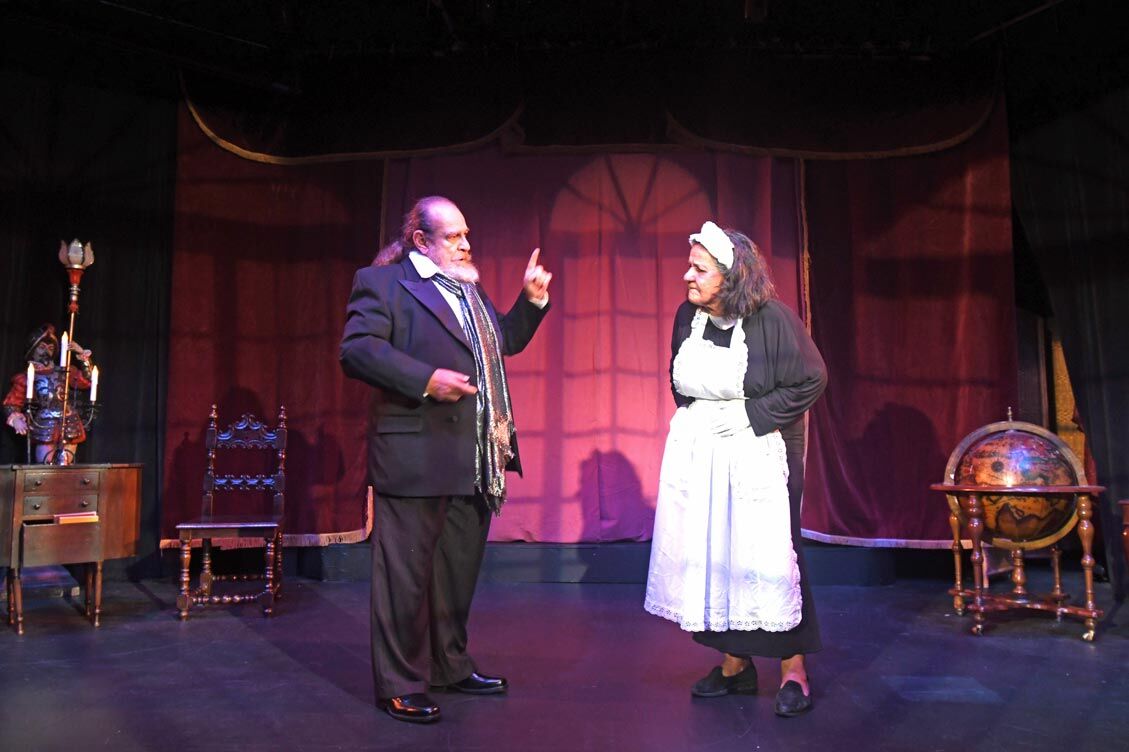 A fresh new take on a classic Spanish play is on at Thalia Spanish Theater this month only, starring Guatemalan actor Roberto D’az Gomar in his New York theater debut.

“El Veneno del Teatro,” or “The Poison of the Theater,” by Spanish playwright Rodolf Sirera, is a thrilling and thought-provoking play about a conniving mind game carried out on an unsuspecting victim. The story follows an ambitious actor who is forced to give the performance of his life, literally, by a nefarious and demanding director who is hungry for the most authentic and raw performance.

“I have always been in love with this play,” said Angel Gil Orrios, executive director at Thalia. “It is very intense.”

The play explores perceptions, social constructs and power. In Sirera’s original script, both the characters are played by men. Gil Orrios, who produced, directed and designed the play for Thalia, has explored the dynamics of gender differently from the original screenplay, once 16 years ago with the evil director played by a man deceiving an actress, and this time with a woman playing the powerful, master manipulator.

“I always love, of course, to be faithful to the original play. But at the same time, I try to make it contemporary,” he said.

“Every time you put the text alive on its feet, depending on the actors — for me it is like being a tailor, but you’re doing a suit, especially for that actor or that actress,” he said.

Gil Orrios was tailoring the suit to fit not only D’az Gomar but also Gil Orrios’ wife, Soledad Lopez, who co-starred in the show.

He estimated that out of about 170 plays he has directed, Lopez has only been in a third of them.

Lopez was supposed to be in the 2005 iteration of the same play at Thalia but was called at the last minute to go to Guatemala for the adoption of one of their two children. Now, she is getting to perform finally as the play’s antagonist.

“I enjoy this show a lot and I’m working very well with my partner, Roberto,” she said.

D’az Gomar, who is in New York just for the production this month, shares her sentiment.

“If you are working in some place like this with this actress and with this director, you know, it’s a dream,” he said.

An hour and fifteen minutes flies by as his character is captured, presumably posioned and forced to perform.

The play breaks the fourth wall when Lopez’s character momentarily sits among the front row of the audience to watch her captive, whom she has shackled and forced to act. It is also unique in that the premise explores what makes an authentic performance and actor, how true emotion can be garnered for a performance and “artistic truths.”

The performance is entirely in Spanish, with English subtitles running on a banner above the stage. English speakers can request to sit higher in the crowd to see the subtitles.

Janet Gonzales and Alexander Lozano, both of Rego Park, were happy to find an event celebrating Spanish culture. Gonzales, who was born in Cuba and grew up in Miami, had been looking for things to do in Queens when she came across Thalia. “After Covid, it’s nice to get out and have a little normalcy,” she said, as the couple sipped wine and ate tapas at the show’s premiere.

Thalia is the only bilingual Hispanic theater in Queens, offering plays, musicals and dance performances.

The play ends on Oct. 24, showing every Friday and Saturday at 8 p.m. and Sundays at 4 p.m. Tickets can be purchased at thaliatheatre.org/buy-tickets.